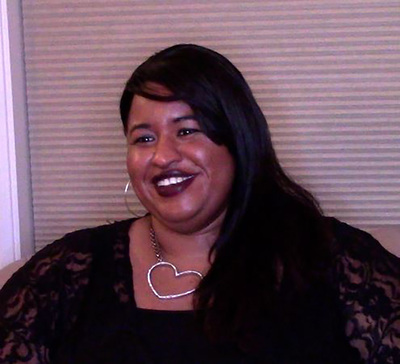 Dahlia Kash introduces herself as a Burlesque and Drag producer and performer. The pronouns she uses depends on which character she happens to be playing onstage. Dahlia produces three separate shows and she also owns and runs a photography company. She states that Burlesque is a form of performance art that is all encompassing. It can be political satire, a cheeky form of stripping, or Drag. It is a performance art that creates community. Speaking from her own experience, she explains that Burlesque stripping is different than stripping in a club. In a strip club the hours are longer and the pay is better than Burlesque stripping. In Burlesque, there is an expectation of having a more extravagant costume. She references the social stigma attached to club stripping and states that she wants to break down that stigma. She observes that both dance forms involve taking off clothes for money. She classifies the style of Burlesque that she does as Neo-Burlesque. She defines Neo-Burlesque as being geared more toward what’s going on currently within society and it can be a political statement. Dahlia describes her performance art as: exploring gender fuckery, what it means to be a Goth person in a Black body, what it means to be a fat person, and what it means to be Queer.

Dahlia was born in San Francisco, California. She started doing children’s theater in first grade and moved on to dance. She cites her mother as being the enemy femininity and a major influence. Dahlia explains that her family’s roots into Burlesque, with her grandfather being a Burlesque performer who performed for the USO as his military assignment. She also has a cousin who is a Burlesque performer in Las Vegas and her childhood best friend, Sgt. Die Wies, is a Burlesque performer based in San Francisco. Dahlia herself got started in Burlesque in 2013. Dahlia observes that while some of her family are very supportive of her Burlesque career, others are not. She got her start in Burlesque in the Bay Area through her friends who were already doing Burlesque. After a brief time in Houston Texas, Dahlia moved to Portland in 2016.

Outside of performing and producing, she is a massage therapist, a photographer, and a nanny. She explains that Burlesque performers do not financially break even, but augment their finances through other means. Doing Burlesque is expensive because costuming is expensive. She describes how a performer needs to have high quality costumes in order to get booked at certain venues.

In 2014, Dahlia was elected Queen of Hearts for the Ducal Council of Alameda and Contra Costa County. Along with the King of Hearts at that time, Tiko Suave, they raised around $7000, using their platform to create change within the community around the issues of ageism and racism. She comments on the practice of fundraising event in the Burlesque.

Dahlia discusses how she would like to see more marginalized producers in the forefront of the Burlesque community in Portland. She tells how she and a friend decided to do something about that situation and started producing their shows. She explains that audiences at traditional Burlesque shows are predominantly female, but at the Queer Burlesque shows, they are more gender diverse audiences.

Dahlia explains how she and her co-producer, Destiny Smokez, created Mélange: A Queer and POC Variety Show. While a lot of shows produced in Portland have a cast with white, normative bodies on stage, Dahlia and Destiny wanted a Queer, Trans, and POC show. They then proceeded to create and produce a second show more geared towards Drag. And then they created a show Your Turn, which is for beginning performers to try out their acts. Dahlia also a show called Mischief which she produces with Perlita Picante in Olympia, Washington. Because these shows keep her busy, she doesn’t travel much to perform at other festivals or other shows.

Dahlia describes in detail her typical week as a performer and producer, explaining the logistics of production and artistic decisions that she makes. She mentions that the white supremacist group, Proud Boys, have hassled her and her BIPOC cast members.

Dahlia tells about her artistic process in creating a new Burlesque number to perform. She states that she is a musician to her core and music is always the beginning any new routine for her. She prefers to improvise on stage and tries not to be too rehearsed. She differentiates the different kinds of act she does, assigning different acts to the three different characters she has created. Her character named Dahlia generally does ‘70s Funk and soul music. Her character Daizelle performs more to Pop music or goes super Goth. And her Drag King, Javier, mainly to ‘90s R&B.

Dahlia feels that performing Burlesque is like therapy, it’s her personal expression. She feels it is definitely empowering. It has helped her shed the values of her father’s fat phobia attitudes, and she has come to see her body as beautiful. She feels others can learn this about themselves as well, by either watching Burlesque or performing. With her art, Dahlia likes to make people think. She wants to guide people toward acceptance and celebration that fat is sexy, melanin is sexy, and disabilities are sexy. She performs sometimes in her wheelchair to make that point.

Dahlia acknowledges that one of the challenges facing Burlesque today is the issue of being more inclusive and diverse. She also cites the new FOSTA-SESTA laws as having made it very difficult for Burlesque and other sex workers to connect with their public. She wishes the public understood that Burlesque is not just stripping and sparkly costumes on tiny white bodies. Burlesque is an all-encompassing thing and all-inclusive thing.