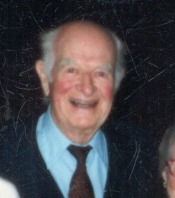 Hager begins the interview with the topic of the final days and death of Arthur A. Noyes. Pauling shares some of his thoughts on the death, his then assumptions about succeeding Noyes, and becoming Chairman of the Division of Chemistry and Chemistry Engineering at Caltech. He gives brief recollections of other full-time professors in the division. From there, Pauling addresses his involvement with The Journal of Physical Chemistry, gives some comparisons between said journal and the Journal of Chemical Physics, and his opinion on Wilder D. Bancroft, founder of the Journal of Physical Chemistry.

Relaying his detailed thoughts on both the molecular orbital method and the valence bond method, Pauling delves into the positives and negatives of each and their best uses. He exemplifies his opinions through retrospections of his reliance on the molecular orbital method early on, and the rise of theoretical and quantum mechanics once the valence bond method could be calculated using powerful computers.

Pauling’s relationships with several colleagues and contemporaries are also reflected on in the interview, including Robert S. Mulliken, Kasimir Fajans, Maurice Huggins, Charles D. Coryell, Alfred E. Mirsky, and Robert B. Corey. He dives deeply into his work on biological specificity and its relationship with the works of Amos Brown, Edwards Reichert, and Karl Landsteiner, with an in-depth discussion of Landsteiner and their work on antibody formation concerning molecular structure. Pauling elaborates on molecular complementarianism, antibodies, antigens, hapten interactions, and his immunological work and instructional theory of antibody formation versus the selection theory. He also describes his creation of antibodies, and similar experiments conducted by a previous student of his, Frank Dickey.

The interview concludes with Pauling recounting his wartime contributions that gained him the Presidential Medal for Merit. He references revolutionizing powder chemistry with Robert Corey and Verner Schomaker through chromatographic analysis and his involvement with composite explosives, propellants, oxypolygelatin, the oxygen meter, and immunological studies. Brief mentions are also given of his projects on secretive communication, as well as on aerosols and aluminum phosphate crystals with his students, Bill Lipscomb, and Norton Wilson.