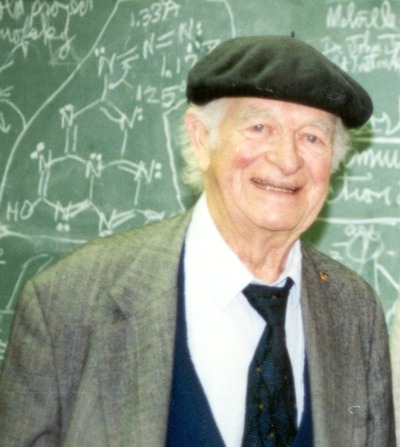 In this in-depth interview with biographer Thomas Hager, Pauling shares memories of his family, his childhood, his young adult life, early college experiences, and reflections on people who had an early influence on him. He spends much of the talk on his grandparents, Charles (known as Carl) and Adelheit Pauling, describing his grandfather’s work and detailing life at Carl and Adelheit’s Lake Oswego home and land, which Pauling visited frequently. His recollections of visiting the Oregon Iron & Steel company’s abandoned smelter and laboratory to salvage chemicals and supplies reveal the very beginning of his life in chemistry. Pauling also describes his even younger childhood, with the wheat farming town of Condon and its people colorfully illustrated by his anecdotes. He also shares a few stories of his parents, especially his father, Henry, as well his uncle, Judge Jim Campbell, and niece, Mary.

The arc of Pauling’s early education and interests are delved into, including his youthful interests in entomology, mineralogy, ancient history, and his hunger for learning. Pauling recalls teachers who had an influence on him in grammar school, high school, and college, as well as adults who helped a young Pauling obtain chemicals, supplies, and books for chemistry, such as Billy Ziegler and William Green. He also gives insight into his reading habits and tastes, both past and present, as well as authors and classes that impacted his thinking. A lover of languages, Pauling also reveals his practices with Greek, Latin, Scientific Latin, and French, as well as his time as a junior orator at Oregon Agricultural College.

Moving to his teenage years, Pauling lists three important friends, Lynn Anderson, Lloyd Simon, and Lloyd Jeffress, and their escapades in homemade chemistry experiments, and a few attempts at entrepreneurship. The makeshift laboratory Pauling built and stocked in the basement of his family home is detailed, as well as the adventures, misadventures, even practical jokes in chemistry experiments he carried out. A few close calls with fires and chemical burns round out Pauling’s remembrances of recreational chemistry during these teen years. On a tamer note, he lists a few of his first workplaces, including a bowling alley and the Echo theater.

Near the end of the interview, Hager asks Pauling about his time at Oregon Agricultural College, his thoughts on some of his professors, and OAC President, John Fulton. Pauling also speaks on his fraternity life as a member of Gamma Tau Beta and Delta Upsilon, his failed attempt to join the track team, and some of his speeches as a junior orator. He also mentions some of his political thinking and early voting history. The interview closes with Pauling talking about his vitamin C work, outlining the difficulties he’s having with finishing his current book in progress with Dr. Abram Hoffer, How to Control Cancer with Vitamins (the book was never published), and his love of quantum mechanical equations.