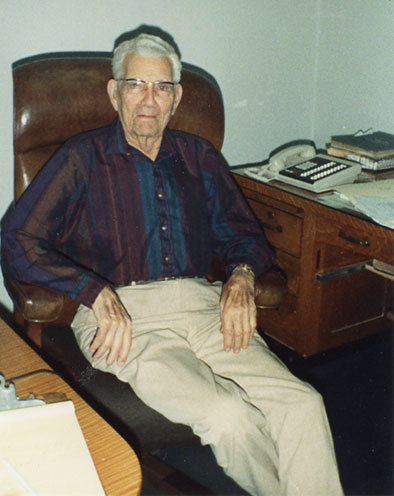 In this interview, James K. Weatherford, Jr. and his daughter, Charlotte Weatherford Allen, discuss their extensive family connections to Oregon State University. Weatherford's grandfather and namesake moved to Oregon in 1864 where he settled and started a family. Weatherford then describes his grandfather’s connections to Oregon Agricultural College -- including two decades as chair of the school's board of trustees -- and his job as an Oregon politician. In this, Weatherford notes that he has several family members on both sides of the family who attended OSU throughout the decades and that he too served in the Oregon Legislature. Weatherford’s daughter, Charlotte, also discusses a trunk of her grandparent’s possessions that she recently donated to the Horner Museum.

James Knox Weatherford, Jr. was born on December 27, 1901 in Harrisburg, Oregon. Growing up in Corvallis, Weatherford attended Corvallis High School and Oregon Agricultural College, receiving a degree in Civil Engineering. Weatherford then attended the University of Oregon’s School of Law and later the George Washington Law School in Washington D.C. He married Margaret Cartwright in 1929 and the couple settled in Albany, where Weatherford headed his grandfather’s law firm until his retirement in 1991. A member and chairman of the Albany Unified School Board, a member and chairman of the Union High School Board, the district attorney for Linn County and, for two terms, a member of the Oregon legislature, Weatherford passed away on January 8, 1995.