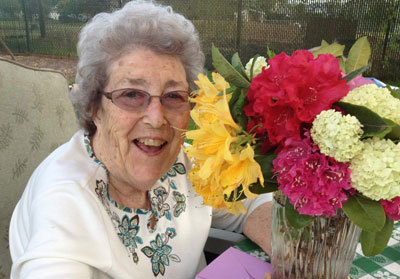 In this interview, Shirley Tacheron discusses many aspects of student life on the Oregon State College campus that she knew while an undergraduate. Tacheron begins by noting that her attendance at OSC was basically predetermined because it was considered a family tradition. Tacheron then explains that her freshman year was the first year that World War II veterans had returned, which lead the population of the university to rise to about 7,000 students, as compared to 3,000-4,000 in the recent past. Tacheron notes that there were many rules the students had to follow, especially within the dorms, and points out that the World War II veterans were not always fond of these rules.

Tacheron then discusses a wide variety of additional topics including the role of the Dean of Women, who served as a liaison between the students and their parents as well as between students and faculty. Tacheron also recalls that it was typical for students to send their laundry home for their mothers to do it for them since there weren’t many laundry facilities on campus. She likewise talks about peer pressure amongst students and her decision not to join a sorority.

From there, Tacheron recalls school dances and lists a few famous musicians and bands that played at these events, such June Christy, Vaughn Moore, and the Stan Kenton band. Tacheron also touches on how she met her husband Bob, and describes the off-campus housing built for married students. As Tacheron begins to discuss the rivalry between Oregon State University and the University of Oregon, the tape for the interview cuts off.