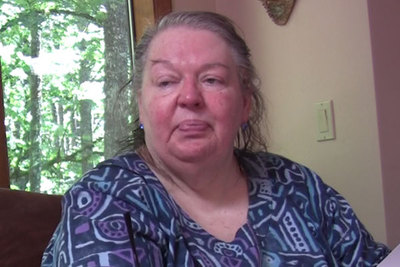 In the interview, Merry Demarest begins by discussing her youth, including her many relocations during childhood and young adulthood, and a tumultuous family dynamic after her mother remarried. Following this portion of the interview, Demarest focuses on her social justice activism through the years, which began fairly early in her life. Demarest discusses her involvement with the National Organization for Women (NOW), her positions within the organization, and her campaigning for the federal Equal Rights Amendment. After this, Demarest proceeds to a discussion of her work campaigning for Hillary Clinton by encouraging constituents in Texas to attend party caucuses for the Democratic nomination. After 8 is the next organization she discusses, including her involvement with that organization in fighting Corvallis Measure 02-06, a homophobic measure written by the Oregon Citizens Alliance. She then talks about campaigning for Bill Clinton in the 1984 gubernatorial election in Arkansas. Demarest’s involvement with the Democratic Party of Oregon and her chairing of the Democratic Oregon State Fair booth for 12 years are the next topics she discusses. Demarest then describes the importance of Emily’s List to her extended family because of their early involvement. Demarest then outlines how she became the founding chair of the LGBTQ+ organization Basic Rights Oregon after being a co-chair of the anti-Oregon Measure 9 campaign, and what the organization’s goals were both when it was founded and at the time of the interview, in 2017.

In the latter portion of the interview, Demarest details her involvement with the Human Rights Campaign and the award she and her husband Harry received from the organization. She then returns to a discussion about campaigning in Utah for the Equal Rights Amendment, and her interactions with the women opening their doors to her. One of the last topics Demarest spends time on is her work campaigning for Hillary Clinton, and then for Barack Obama in the 2008 election. Demarest gives her thoughts on the 2016 presidential election and advice for today’s young activists, and explains what her more recent involvement with the Benton County Democrats has been. Finally, Demarest discusses her current project: trying to encourage local music venues to refuse to book the Eugene, Oregon band Cherry Poppin' Daddies.