Cover image for "To Fermi with Love" records set. 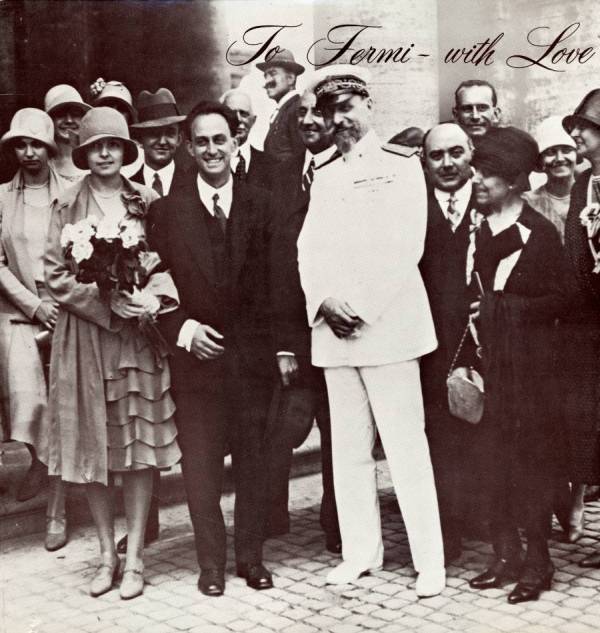 Cover image for "To Fermi with Love" records set.

The various voice recordings heard in this album were drawn from the archives of the Argonne National Naboratory, the United States Atomic Energy Commission, and the American Institute of Physics. The script was written by James Chimbidis; jacket design by Leo Vartanian; narration spoken by Jay Andre; and produced by Argonne National Laboratory.