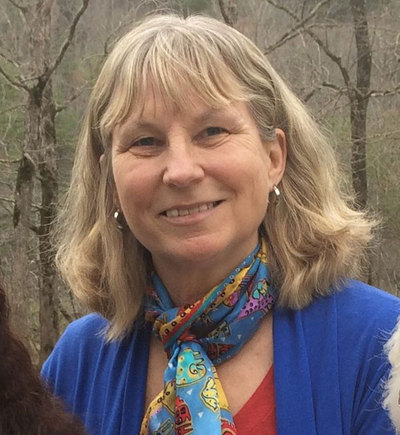 Virginia Dale began her engagement with Mount St. Helens while a graduate student at U. of Washington and continued through the time of this interview as a scientist at Oak Ridge National Laboratory and now into retirement. Her science at the volcano focused on vegetation on the debris avalanche, and she was a leader in the two Springer books providing overviews of ecological research at Mount St. Helens on ca. 25th and 35th eruption anniversaries.

Part 1 of the oral history was conducted in Dale’s field camp at Mount St. Helens. The interview begins with her describing her current position at Oak Ridge National Lab and her academic roots as a PhD student at U. of Washington studying vegetation on a recent mudflow deposit on Mount Rainier. She describes growing up in Tennessee and having little exposure to volcanoes until coming West to grad school. She defended her PhD dissertation the day Mount St. Helens began rumbling in March 1980, then began visiting the area before the eruption. A Seattle neighbor, geology grad student Keith Ronnholm, happened to photograph the eruption and shared his images with her, so these steps led Dale to undertake long-term vegetation studies following some of the leads she gathered from the Rainier work and papers she compiled from the literature. She next describes her early opportunities for access, the first impressions as she joined other ecologists on helicopter visits, and then how they explored the debris avalanche deposit to scope out possible study sites and approaches – and doing all this as a new mom with a toddler.

Moving to science topics, Dale describes expected patterns of vegetation development over time (succession) and how important features of their observations contradicted theory, including seed dispersal, which they sampled with seed traps. They also conducted lab experiments, and this set the groundwork for participation in a large project funded by the National Science Foundation. She describes how the landscape of eruption disturbance zones was divided up among the researchers. She returns to discussion of early experiences on the debris avalanche deposit and surprising findings there, including a wet zone where melting glacial ice yielded water, despite lack of rainfall, and also surprises, such as the roles of spiderwebs in seed trapping. She goes on to describe getting research support from many sources, which included support for volunteers and the challenges that come with short-term volunteer helpers in a project where you want safe and consistent performance, including species identification. She comments on how few people have ever been to the debris avalanche, but, of course, Charlie Crisafulli has and she compliments him for all the support and organizing he has done for science and researchers at Mount St. Helens, as well as doing his own science with meticulous care. She describes some of the animals observed in the early post-eruption years, noting especially invertebrates, elk, and fish, which had to contend with the Toutle River finding its new course through the debris avalanche deposit. She reflects on the human toll of the eruption, having been at the base of the mountain shortly before it erupted, and the continuing sense of danger, including the potential for Spirit Lake to drain catastrophically and inundate the Toutle River valley downstream. She closes Part 1 of this oral history commenting on the good interaction she had with local people, such as in the town of Toutle.