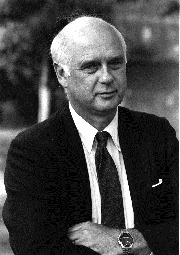 Jerry Franklin has described John Gordon as a statesman for US forestry, based on his communication and social skills, and deep knowledge of forests rooted in the Midwest, Pacific Northwest, and Northeast. John Gordon begins this oral history recounting his early life in a small Iowa town, where, despite the prairie setting, family life gave him many exposures to plants and forests: his family ran a nursery business, he heard of Northwest forests from a family friend, and family trips took him to Minnesota, including old-growth pine forests. Through summer jobs spraying herbicides on road-side ditches and working for the Forest Service worker, which exposed him to clearcutting in Wisconsin, he observed land management practices that caused concerns.

Gordon describes his academic training of two bachelor degrees (forest management and forest products) and a PhD all at Iowa State University, separated a 1.5-year Fulbright period in Finland, which greatly broadened his perspectives on forests and forestry. He could see what good forestry can do as the Finns used it to maintain national independence from Russia. He gradually adopted a comprehensive view of forests as ecosystems (“changing with the times”) and to see the values of having more than a single tree species in managed forests. He next comments on his five years as a researcher at the Forest Service lab in Rhinelander, Wisconsin, before he moved to Oregon State University in 1976. There he found a crucible of forestry issues with heated debate about old-growth forests, use of herbicides, and clearcutting, even as “intensive plantation forestry was being invented.” As chair of the Department of Forest Science, he found himself in the midst of many political issues, though he maintained his science interests in nitrogen fixation and microbiology. He connected with Jerry Franklin and Jack Ward Thomas through a Society of American Foresters Task Forest on old-growth forests.

Gordon discusses the profound differences between Oregon State University and Yale, where he became dean in 1983, in terms of financing, leadership, education, and links with policy. In retrospect, he saw OSU as strengthened by its links across campus and with federal agencies, and as the college of west-side forests; he believes that science ideas flow north-south, not east-west. Many speakers of all sorts visited Yale in the 1980s – it was “on the boil” – giving him a broad view of issues. He speaks of interactions with Jim Lyons, a Yale graduate and Congressional staffer, who put together the Gang of 4 (plus 2) project to advise Congress on Northwest forestry issues. This was part of the shift of federal forestry policy away from simply converting old growth to plantations to treating forests as ecosystems. When the Gang presented their findings to Congress, he played a key role in stating, “We’ve done the science; now you make the decision.”

Although he was not part of the Forest Ecosystem Management Assessment Team (he says he “had a full-time job” and was an “auslander” – German for outsider), he describes many roles he played in communicating with industry leaders, members of Congress, and others about the issues and their implications. He offers reflections on Clinton’s Forest Summit, of which he was part, his colleagues on the Gang of 4, the problems of forest planning for individual National Forests, and his involvement with assessment of forestry on tribal lands across the US.

Gordon closes the interview with thoughts about the challenges of implementing the NWFP, especially the Survey and Manage requirements, Adaptive Management Areas, and the urban-rural divide. He comments on the state of environmentalism, sustainability, climate warming, and wildfire. As a closing anecdote, he says his best time at Yale was addressing the first class to graduate entirely during his term as dean.

John Gordon grew up in Iowa and attended Iowa State University as an undergraduate in forest management, but, despite the paucity of forests in that Great Plains state, got plenty of exposure to forests while hunting and fishing with his father elsewhere in the upper Midwest and Canada. As a summer worker on a forest survey crew, he gained exposure to the forests of western Washington. After study in Finland on a Fulbright fellowship, he returned to Iowa State for a PhD in plant physiology and silviculture, and then worked five years for Forest Service Research in Wisconsin before returning to the Northwest in 1976 to take a position at OSU. That was an exciting, pivotal time rich with controversy about old-growth forests and use of herbicides in the forest, and development of intensive plantation forestry was in full swing at OSU. Gordon learned about leadership and exercised it as Chair of the Department of Forest Science at OSU, while maintaining a research program on topics such as nitrogen-fixation in forest ecosystems. In 1983, he became Dean at Yale. Via connections with Congressional staffer Jim Lyons, Gordon was recruited in 1991 into the Gang of Four (with Franklin, Johnson, and Thomas) to report on alternatives to management of old forests on Federal lands of the Northwest to two committees in the House of Representatives. Gordon brought to this process his science and administrative leadership skills, a knack for guiding discussion of challenging issues, an openness to industrial forestry, and the cache of a prominent position in an Ivy League university.