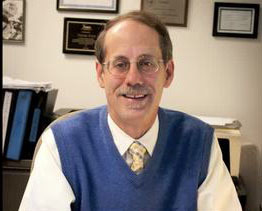 Thomas Kirch begins the interview by reflecting on his childhood in Seattle, Washington, and how the city has developed since he was a young boy. Kirch moved on to recount his experiences studying at the University of Washington as a Civil Engineering student before receiving a draft notice and being called to serve in the United States military during the Vietnam War. After three years in the service, Kirch returned to school at the University of Oregon, and he revisits his decision to study Recreation and Park Management, and reflects on other experiences at the university, including memories of Steve Prefontaine.

From there, Kirch moves on to his professional career, beginning with his hiring at the University of Washington as Coordinator of Sports Clubs, and later Manager of the Waterfront Activities Center, before ultimately being promoted to Assistant Director of Facilities and Operations. While working at UW, Kirch enrolled at the University of Puget Sound to obtain a Master’s of Science in Public Administration, and he explains how this administrative degree complemented his previous course work and experience.

In 1986, Kirch accepted the position of Director of Recreational Sports at Oregon State University, and a major focus of the interview is capital projects that he oversaw during his tenure. Major projects included the renovation and expansion of Dixon Recreation Center, the Tennis Pavilion enclosure, the retrofit of McAlexander Field House, and the creation of Student Legacy Park. Kirch also discusses his activities related to instruction, curriculum development and graduate advising. The interview concludes with Kirch’s memories of his short tenure as OSU’s Director of Student Affairs and his thoughts on change within the city of Corvallis.

Growing up in Seattle, Washington, Thomas Kirch was an outdoors enthusiast and sports fanatic. He began his undergraduate studies at the University of Washington as an architecture student, but ultimately found his way into the Civil Engineering department. While at the UW, Kirch was hired part time at a Civil Engineering firm, but after receiving a draft notice for the Vietnam War, he left Seattle and enlisted into the military. Kirch spent the next three years on active duty, splitting his time between Fort Hood and Washington D.C., and working in a military college for the majority of his enlistment.

After Kirch was relieved of his military duties in the military, he enrolled in the Recreation and Park Planning program at the University of Oregon. He completed his degree in 1975 and moved back to Seattle, where he was hired by the University of Washington as Coordinator of Sports Clubs. Kirch quickly made his value felt at UW, and within his first year he was promoted to the Manager of the Waterfront Activities Center. Two years later he was promoted again, this time to the position of Assistant Director of Facilities and Operations. Shortly after Kirch was promoted in 1978, he elected to enroll at the University of Puget Sound to obtain a Master’s of Science in Public Administration, which he completed in 1980.

In 1986, Kirch moved to Corvallis, Oregon, after being hired by Oregon State University as its Director of Recreational Sports. In this capacity, Kirch provided leadership to a professional staff of 30 and a student support staff of more than 350, while also holding responsibility for all aspects of strategic and long range planning. During his time at OSU, Kirch was instrumental to the planning and execution of a number of facilities expansion or renovation projects, and was likewise involved with teaching, curriculum and advising activities. He also conducted program and facility reviews at universities across the country. In his final year at Oregon State, Kirch served as Director of Student Affairs, where he was responsible for oversight in planning, capital construction, development, and space management. He retired from OSU in 2016.