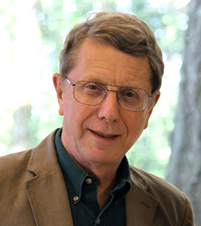 In this interview, Dr. Ken Krane recounts his journey to becoming a nuclear physicist, researcher, and professor. In this, Krane discusses his upbringing and then elaborates on his undergraduate experience at the University of Arizona, and his studies at Purdue University for both his Masters and Ph.D. Krane also reflects on the forces that steered him towards nuclear physics as a discipline and describes the early focus of his research.

From there, Krane moves on to detail his time spent as a Postdoctoral Research Associate at both the Los Alamos Scientific Laboratory and the Lawrence Berkeley Laboratory, where he performed research on radioactive decay that he would continue to pursue throughout his career. Krane then reflects on the relationships that he built at both the University of Arizona as well as Purdue University, and how they led to opportunities later in his career.

Krane was hired by Oregon State University in 1974, and he speaks on the process by which this happened, the work that he brought with him, and the research that he continued once in Corvallis. He reflects on the opportunities that he had to work with both undergraduate and graduate students at OSU, providing counsel on nuclear spectroscopy for doctoral dissertations and masters theses, and speaks as well of his work authoring textbooks and administering grants related to Physics education. He likewise discusses the status of the Physics department when he arrived at OSU, how it evolved during his tenure as chair, and his current assessment of the department. At the interview’s conclusion, Krane provides a similar assessment of the city of Corvallis, commenting on its growth and change up to today.

Kenneth Saul Krane was born in Philadelphia in 1944. During his youth, the Krane family relocated to Tucson, Arizona, where Ken elected to stay to attend the University of Arizona, studying Physics. A strong student, Krane graduated from U of A in 1965. From there, he continued his education at Purdue University in a dual program that offered both a Master’s degree and a Ph.D. in Nuclear Physics, which he completed in 1970.

Shortly after receiving his doctorate, Krane was offered a position as a Postdoctoral Research Associate at the Los Alamos Scientific Laboratory, where he worked on uranium cross sections associated with nuclear weapons. After two years in Los Alamos, Krane transitioned into a second post-doctoral position at the Lawrence Berkeley Laboratory, where he remained until 1974. Once completed, Krane was hired as a faculty member in the nuclear physics group at Oregon State University, where he continued research on radioactive decay that he initiated at Los Alamos and continued at Berkeley.

During his years at OSU, Krane chaired the Physics department from 1984-1998, and was very active with the student body, serving as a mentor and advisor to numerous undergraduate and graduate research projects, including those pursued by multiple nuclear engineering students. Krane likewise authored three textbooks during his tenure at Oregon State, and oversaw numerous grants related to the improvement of Physics education in the academy. He retired from OSU in 2003.