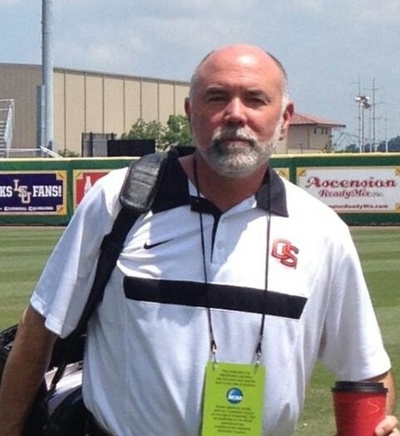 Parker begins his interview by detailing his childhood in Hacienda Heights, California. From there, he talks about his love for sports growing up; particularly for Los Angeles-area teams including the Dodgers, Rams and Lakers. He next explains his long journey to Oregon State University, which began after his move to Cottage Grove, Oregon, when he was fourteen. He attended his first Civil War game in 1973, and explained his reasoning for attending the University of Oregon, from which he graduated with a bachelor's degree in 1982.

From there, Parker stresses how hard he worked in order to obtain a job as a sports announcer. He worked initially as the voice of the Eugene Emeralds after graduation, and later was the voice of the Portland Beavers, while also working pre- and post-game radio shows for the Portland Trailblazers. During this period, Parker held onto his dream that he might one day be able to broadcast the play-by-play for all three of his favorite sports. This finally happened in 1999, and he shares the story of how he obtained the job as play-by-play announcer for the Oregon State Beavers.

Parker then shares his memories of the triumphs and difficulties of his job, as well as the nerves that he experienced when he first began working for the Beavers. He also touches on a few athletes and coaches that have stood out for him over the course of his career with the Beavers, and the significance of Beaver Nation and Beaver athletics in his life. The interview concludes with Parker sharing some of his favorite pastimes and interests outside of sports.

Mike Parker, the Voice of the OSU Beavers, was born on August 3, 1958, in Los Angeles, California, and was adopted by George and Nancy Parker that October. Parker grew up in Hacienda Heights, California, before his family moved to Cottage Grove, Oregon, when he was fourteen years old.

Parker was introduced to sports through a friend when he was seven years old, and attended his first Major League Baseball game in June of 1966. A love for football and basketball followed shortly after. Parker's dream to become a sports announcer began in this time, and he was deeply inspired to do so by listening to Dodgers announcer, Vin Scully. It was in his youth that he began to practice the art of narrating game action, even receiving a tape recorder and a small black-and-white television from his parents to practice with.

Parker attended the University of Oregon, due to its close proximity to home, and graduated in 1982 with a bachelor's degree in Rhetoric and Communications. A passionate Duck fan, Parker harbored a deep desire to become the Voice of the Ducks, and applied twice to be their play-by-play lead. His first broadcasting job was as the voice of the minor-league Eugene Emeralds in the 1980s; and from 1987-1998 he was employed as the announcer for the Portland Beavers of the Pacific Coast League. He hosted pre-and-post-game radio shows for the Portland Trail Blazers during this time as well. In 1998 he was laid off by KEX radio and worked as a taxi cab driver until 1999, when OSU hired him to become the new Voice of the Beavers. He has called Oregon State football, basketball and baseball games since then, while also working for the Corvallis Knights baseball team and co-hosting the Joe Beaver Show for KEJO-AM Corvallis.