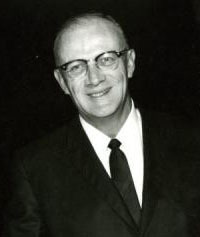 In the interview, Robert Ingalls discusses the extraordinary life and personality of his father, Claude Eugene Ingalls (1877-1950), who was the editor of The Corvallis Gazette-Times from 1915 until his retirement in 1950, as well as a member of the Corvallis City Council. Claude Ingalls also served as postmaster for Corvallis in the 1930s. Robert Ingalls then details the history of The Corvallis Gazette-Times, his father's friendship with former Oregon Governor Charles Sprague, and the progression of journalism since the early days of the Gazette-Times. Ingalls also talks about his beginnings with The Gazette-Times following his graduation from Oregon State College in 1937.

Next, Ingalls delves into his boyhood years, recounting memories of his mother, who worked at Oregon State College for many years, and how his life was impacted by his parents both pursuing prominent careers. He also speaks of the changing nature of journalism, especially when it comes to politics, and talks about the effects of the Great Depression on Corvallis. From there he discourses on his father’s character, the loss of personal journalism, how Americans have become "asphyxiated with television," the explosion of video news sources, and how to save print media in the future.

From there, Ingalls speaks more generally about the field of journalism and the young people he supervises, and notes how newspapers and journalism are a link to the community. Further discussion revolves around society, community, and some of the personal views of his father. Ingalls also shares his hopes for Oregon State University, especially in terms of the School of Liberal Arts.

As the interview nears its conclusion, Ingalls discusses the administration of former OSU President William Jasper Kerr. He also reiterates and sums up many points that he had previously mentioned about his father, including his political and social views, and the lives of Claude Ingalls’ parents and sister.

Robert Caldwell Ingalls was born in Corvallis, Oregon, on February 19, 1916, to Claude Eugene and Elizabeth Eleanor Caldwell Ingalls. His father became the editor of the Corvallis Gazette-Times newspaper in the year prior to his sons’ birth, and maintained this position until retiring in 1950. Robert’s mother was an English professor at Oregon State College for almost two decades.

Ingalls attended Corvallis High School, before attending and graduating from Oregon State College in 1937. He began working for the Corvallis Gazette-Times shortly after graduation. He married E. Elizabeth Sturgeon in 1941, and they had two children. His daughter, Cathy, worked for the Gazette-Times, a third-generation journalist. Robert served in North Africa and Italy during World War II, before returning home and working as business manager and editorial page editor for the Gazette-Times. At his father's retirement in 1950, Robert took over his positions as editor and publisher of the newspaper. Ingalls was also co-owner of the Gazette-Times alongside Bruce K. Myers, son of Myron K. Myers, who had been co-owner with Claude Ingalls.

In 1969, the paper was purchased by Lee Enterprises, but Ingalls retained his position as editor and publisher for four more years, until 1973, when he appointed another editor to replace him. Ingalls retired as publisher in 1982. A lifelong resident of Corvallis, Ingalls was devoted to his community, and served as state representative from Corvallis from 1969-1975. In April 1969, he backed a Senate Resolution to adopt the Beaver as the official animal of the state of Oregon. He also served two terms on the Oregon State Board of Higher Education in the 1980s, and was president of the board for two years. He passed away on June 1, 1994, at the age of 78.