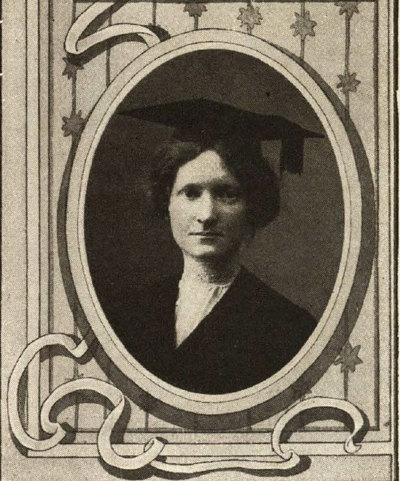 In this interview Minerva Kiger Reynolds, a Corvallis native and 1912 OAC alumna, recounts her memories of the small, turn-of-the-century town she grew up in and the changes she experienced during this period.

A major topic of the interview is Minerva's father, Reuben Columbus Kiger, a prominent farmer in Corvallis, who owned and ran three farms and owned a large volume of agricultural acreage across town, including Kiger Island. Reynolds discusses stories from her father's life, as well as his interests in horses.

She also details stories from turn-of-the-century small town life, including the first automobile to rumble through the streets of Corvallis, the first homes to be electrified, and the history of several buildings that once stood in town, including the opera house. She also discusses the differences in housework, cooking, ironing and laundry from when she was young. Also noted are the changes she has obverved in the Corvallis community as a whole, which, in her lifespan, grew from a small community of 1,500 residents to a bustling city of 41,000.

Near the conclusion of the interview she shares memories of buildings that were present during her time at Oregon Agricultural College. She notes that the administration building, Science hall, and the newly reconstructed Mechanical Hall were of prominence to her education, as well as several other buildings. She also mentions that Shepard Hall served as the center of activities for OAC's small population of students.