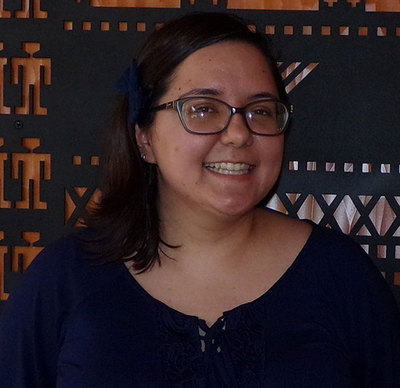 Waldron recounts what it was like growing up in Silver Lake, Oregon, and the challenges she faced along the way. She grew up with parents of different races, her mother being half Navajo and her father being Caucasian, and at certain points during her childhood she experienced gaps in her father's knowledge of Native American culture. Waldron talks about the bullying she received at school due to being the only woman in a class of thirteen. She also recounts specific times when she was targeted as a way to get at her father, who was a teacher at the school that she attended. She then talks about the decision process that led her to attend Oregon State, and how her interest in Oregon State started when her father brought her to visit campus when she was a child.

From there, Waldron moves on to talk about attending Oregon State, conducting research, and going on an exchange to London. Waldron also talks a great deal about the challenges that she has faced on campus due to the intersectionalities of her identity: being Native American, a woman, and identifying on the LGBT+ spectrum. She recounts experiences of discrimination against her and others in classes, as well as in ASOSU. She also talks about how these acts of discrimination have led her to be an activist, and how her friends and family support her in this. Waldron then goes on to talk about her current enrollment in the Pharmacy program at Oregon State as a graduate student, and her ambitions to help those with low access and improper care after she graduates.