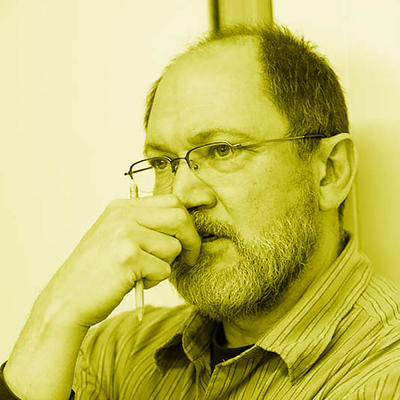 Daniel Jáquez grew up in Ciudad Juarez, Mexico. He received his Bachelor of Science from the University of Texas and his Master of Fine Arts in directing from the American Repertory Theatre at Harvard University. Since 2002, Daniel has worked as the Artistic Associate of Milagro. During this time, Daniel has directed several productions, including some of his original works. In 2001, he directed a production of Icarus for which he won a Drammy award.

Daniel says that Milagro contributes to the diversity and internationality of its community in two ways. First, Milagro offers services and programs in Spanish, which creates a more inclusive community. Second, Milagro is such an inviting place for community, a place where all cultures can come to appreciate the work Milagro does. Daniel concludes with remarks about the generosity of Milagro; he is grateful for the human experiences and interactions that have enabled him to grow as an artist.