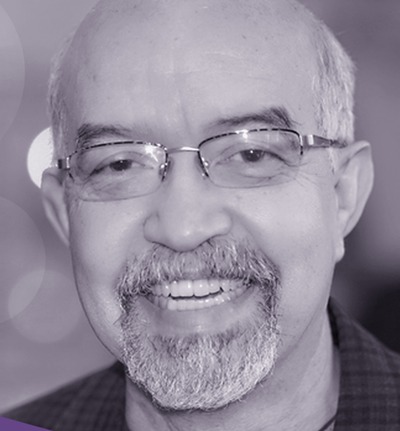 José González begins the interview sharing his experiences growing up in South Texas followed by his move to Oregon in the late 1960s. He discusses his parents’ perspective on speaking Spanish, his experiences with discrimination, his family dynamics, as well as his college experiences, including the impact of his study abroad opportunity in Vienna. González then shares his experiences related to the theatre and the beginnings of Milagro in the 1980s. The interview concludes with his reflections on what it means to the community to have Milagro as a Latino theatre and Milagro being the only Latino theatre in Portland.

José González founded Miracle Theatre Group in 1985 with his wife, Dañel Malán. He holds an MFA in Theatre Arts from UCLA and a BA in Humanities with an emphasis in Philosophy and Arts History from the University of Santa Clara. Under the pseudonym Martín Milagro, he has written five full-length plays produced by the Miracle Theatre as well as two Spanish-language screenplays. He has served as an Adjunct Assistant Professor in Theatre Arts and Chicano/Latino Studies departments of Portland State University, and as a Visiting Arts Administration Specialist for the United States Information Agency (1995 & 1996), conducting workshops in arts administration and fundraising with large and small organizations in Guatemala, Honduras and El Salvador.