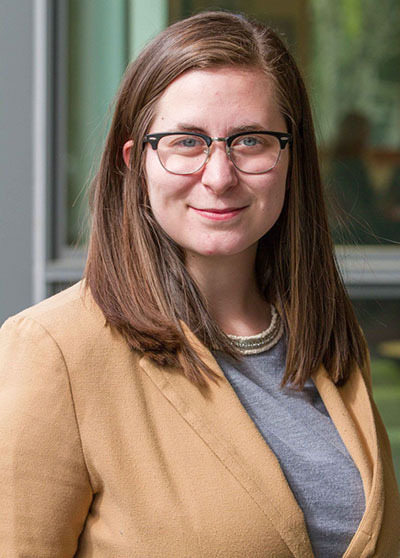 Rachel Grisham begins by discussing her early life in Salem, childhood interests, and her passion for music. Then, she shares how her involvement in her high school’s marching band and wind ensemble led to her first exposure and interaction with Oregon State University, which eventually influenced her decision to become a student there. Grisham then recalls her decision to switch from majoring in Biology to majoring in Public Health and shares her perspective of the myriad of opportunities a degree in Public Health can offer.

Grisham then focuses on discussing her involvement in Sigma Delta Omega, which was created at Oregon State University in 2006 with the intent to foster a “sisterhood of scientists”. In recounting the highlights of her time in Sigma Delta Omega, Grisham shares her experiences of watching the sorority grow and evolve during her time as Recruitment Chair and President. Grisham then talks about her initial exposure to Oregon State’s student government, the Associated Students of Oregon State University (ASOSU). Wanting to become more involved on campus, Grisham first volunteered for ASOSU and was eventually elected as a Senator, President Pro Tempore, Executive Director of Operations, and then President. Grisham describes the highlights during her time in office, specifically emphasizing the Survivor Amnesty program and the Shared Governance Agreement, now called the Edward J. Ray Doctrine.

Finally, Grisham describes her involvement with the Obama Administration’s campaign, “It’s On Us”, to combat sexual violence on college campuses. When recounting her experiences as a member of the campaign’s Student Advisory Committee, Grisham discusses how she was able to integrate her work from the campaign to Oregon State’s campus. Grisham wishes the best for the future of Oregon State University and she shares her excitement to witness the changes future students will make in order to improve Beaver Nation.