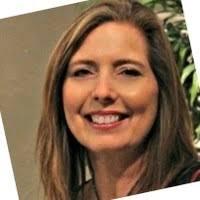 Becky Gravenmier has had a long career with shifting roles and responsibilities within the Regional Office of the National Forest System, the Pacific Northwest Research Station (PNW), Bureau of Land Management (BLM), and other entities, often facilitating coordination among them in the context of big projects to provide natural resources information to policy makers and managers. These projects included the Northwest Forest Plan (NWFP) and other bioregional assessments and conservation plans. Gravenmier begins the oral history by describing her upbringing in West Virginia and an early fascination with forestry, which led to a rangeland ecology undergraduate degree from Utah State University in 1985. She describes first impressions driving west to Utah and then her collection of experiences over the years, including summer employment, leading to 3.5 years of work as a Range Conservationist for Bureau of Land Management (BLM) in Utah and the challenges, especially as a woman, of gaining respect from fellow workers and grazing allotment permitees. In this process, she gained experience in resource planning and geographic information systems (GIS). She comments on the history of overgrazing and rangeland degradation, and how difficult it was to turn that around.

In 1990 Gravenmier moved to Portland and took a BLM GIS Analyst position in support of resource management planning just as the agencies were beginning to deal with the injunction on logging in federal lands in the range of the northern spotted owl. She describes how both the technology and the issues were new, and she welcomed the challenge and the timing was good because BLM was investing heavily in staff and technology in that arena, which put the agency ahead of the Forest Service. Working with BLM and Fish and Wildlife Service staff led to her working for the Gang of Four (1991-1992) pulling together maps from BLM and the Forest Service by managing the interface between the agencies and contractors, which she found to be “the first step in trying to collaborate.”

She discusses getting into the Forest Management Assessment Team (FEMAT) in 1993, which set the foundation for the NWFP. At the start of FEMAT, BLM had better data and Forest Service had better GIS software, which challenged both agencies. She describes both her tasks and overall operations at the interface of the scientists, agency staff with the spatial data, and the contractors creating overlays and data layers and doing spatial analysis under very demanding circumstances. This work continued into the Environmental Impact Statement process, leading to the Record of Decision, which in 1994 became the NWFP.

Next, Gravenmier comments on transitioning to the Interior Columbia Basin Ecosystem Management Project (ICBEMP) based in Walla Walla, WA, which was to be another large bioregional assessment. She discusses the special challenges of its mammoth size, involving several states, and the important differences between FEMAT and ICBEMP. In her view, a great deal of work was accomplished that set the stage to guide management, but the process was almost unmanageable and the plan was truncated by a political shift. Ultimately, she became the leader to close out the accomplishments, including many publications, and then transitioned back to Portland to work on implementation of the NWFP. She compares the strengths and weaknesses of FEMAT and ICBEMP, and she elaborates her perspectives on outcomes of elements of the NWFP, such as Adaptive Management Areas, Survey and Manage, and inter-agency collaboration. Next, she describes the elaborate programs for environmental, implementation, and effectiveness monitoring and the resulting reports that came out 10, 15, and 20 years after the NWFP went into effect. Gravenmier goes on to outline the process beginning in 2016 for summarizing the science since the NWFP went into effect and for communicating with the public and managers to determine their views of information needs. She describes her function as liaison between the science and management communities in this project.

In the closing stages of the interview Gravenmier talks about the sustained controversy about the NWFP - those who like it and those who don’t - and the implications for plan revision. She mentions the many changes of context for the federal forest lands, such as declining mill capacity, effects of big wildfires, climate and ocean change affecting the marbled murrelet, change in local communities, and climate change generally. In closing, she says the most rewarding aspects of all this work have been the close personal relationships and the interagency collaboration as they stitched together views and plans for whole regional ecosystems.