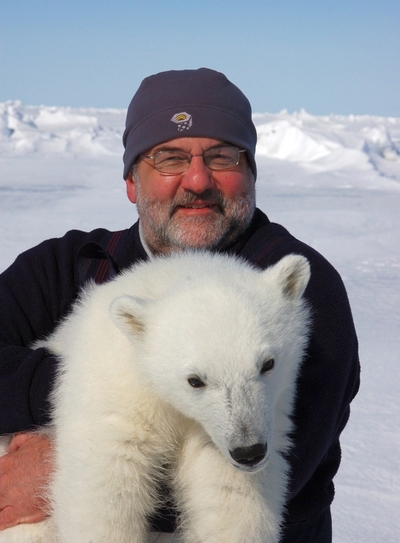 Bruce Marcot spent his career as a Forest Service wildlife ecologist with an exceptionally wide-ranging approach to science and how it could operate at the interface of research and land management communities in the Pacific Northwest and other parts of the world. Marcot begins the oral history with an account of growing up in New Jersey with plenty of opportunity to explore the hardwood forests out the backdoor of his home. Late in his high school years his family moved to Orange County California and he began study at University California-Irvine in physics and astrophysics, and he started taking solo motorcycle trips around the continent. In 1974 he switched to biology and natural resources, ultimately getting a MS Humboldt State University, and along the way he picked up experience doing limnology studies for the Forest Service on national forest lands. He describes falling in love with the coast redwood country on a camping trip in 1973, but then he was heartbroken to later find a favorite spot clearcut. He also reflects on how the big East Coast-West Coast contrasts affected him, and how much people can be disconnected from their local environment, as in the case of not grasping consequences of living within the fire-prone chaparral ecosystem of southern California. The interview transitions into a conversation about the philosophy of science, before he returns to recounting his work-place and academic training and views of motorcycles (Honda 450).

Marcot describes the restrictive culture of OSU when he earned his PhD (1984), and how he had to push for purchase of a computer, so he could extend his work building wildlife-habitat information databases. He moved to Portland, began working for the Regional Office of the Forest Service, and soon connected with Jack Ward Thomas and Jerry Franklin, leading to a role in some of the science-input-to-policy processes they were involved in. He describes the difficult challenges he faced as a wildlife person operating at many levels of the timber-oriented National Forest System in a culture still dominated by “old guard” foresters, but some mentors and champions shared his interests in taking a more holistic view of forest ecosystems. This leads him to comment on Jerry Franklin and his “New Forestry” ideas and Hal Salwasser and his “New Perspectives” program. He describes himself as an “comprehensivist” – someone who wants to know as much as possible about an ecosystem and geographic area, including as many species as possible. He lists a diverse range of countries where he has taken that approach.

Next, the interview turns to the Forest Ecosystem Management Assessment Team (FEMAT), which led to the Northwest Forest Plan (NWFP), and the circumstances of Marcot’s involvement and his roles. Keys to his participation were his relationship with Jack Ward Thomas, who had been his co-major professor at Oregon State, and his continuous development of his multi-species databases and approach, which were used in several of the big bioregional assessments, including the Interior Columbia Basin project. He provides an overview of some of the key personnel in FEMAT and aspects of the process, including its distinction from the subsequent process that led to the NWFP. He weighs the value of old growth vs. the jobs that logging it provides, and the place of old forests in different cultures around the world. He reports being moderately pleased with the FEMAT report, but would have liked it to have been more quantitative and less reliant on opinion. He comments that he experienced quite a few big projects, so he had a broader base of experience than many members of FEMAT. Marcot then speaks at length about the Survey and Manage part of NWFP, which some have criticized as “problematic” for NWFP implementation, and issues such as the process to change the list of species over time. He also weighs the “fine-filter” vs. “coarse-filter” approaches to conservation planning. He criticizes the NWFP for some components that he thinks “died flat” in his view, such as Adaptive Management Areas and a comprehensive biodiversity monitoring program. He further notes the differences between Forest Service and Bureau of Land Management in their land bases, legislative frameworks, and cultures, and the degree they could work together. In the course of these experiences at the science-management interface, he became interested in the science of decision making and decision-support systems to facilitate that in the face of risk.

Marcot describes his reaction to President Clinton’s Forest Summit and tells stories of the preceding Gang of Four and subsequent FEMAT processes and how industry and environmentalist groups were dealt with. He recounts the types of monitoring that were established by the national forest system, and how interest in that dwindled in the NWFP area, but grew in in western Canada. He gives different components of the NWFP a wide range of grades, and offers his opinion on where modifications should be made to the plan. He sees climate change and dealing with wildfire as two big topics to address. Next the conversation turns to spotted owls and barred owls, including the question of the barred owl being considered an invasive species by some people and attempts to eliminate it, and he speculates on future relations between these species. This topic leads to discussion of assessment of a species’ propensity to expand into new habitat and become invasive pests. He describes a wide array of projects he’s involved with in many places in the world – from the Brooks Range in the high Arctic to Patagonia, and then returns to critique the Interior Columbia Basin project and its failure to achieve an integrated view of that mammoth piece of landscape. In closing, Marcot compliments the agencies for ramping up their attention to science over the course of his career.