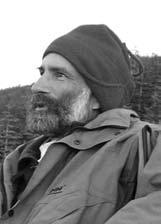 Fred Swanson spent his career as a Forest Service earth scientist studying the geology-ecology interface mainly in the Andrews Forest and, also, serving in leadership positions, including as Principal Investigator of the Long-Term Ecological Research (LTER) project.

In interview 1, Swanson gives an extended description of his upbringing in Delaware and Virginia and then undergraduate work at Penn State, a year of work for US Geological Survey on the West coast, followed by a PhD in Geology at University of Oregon. Throughout this history he was exposed to the natural world via family travels, academic field experiences, and in other ways which encouraged a love of the wild natural world, especially in the West, and a deep appreciation of taking an interdisciplinary approach to engagement with the natural world – both geological and ecological. He discusses the people, both academic and Forest Service scientists, and work involved in the International Biological Program (IBP) at the Andrews Forest during the 1970s and some of the paths leading him to get involved. IBP and then, beginning in 1980, the LTER program were the context of important research and management- and policy-relevant themes such as old growth and roles of dead wood in streams and on land. He speaks about key personalities, such as Jerry Franklin, Jim Sedell, and Stan Gregory, and how they became very influential through their passion and storytelling skills. He recounts how Andrews Forest and Mount St. Helens served as regional, national, and global stages for performance. The first part of this three-part oral history concludes with discussion of the Central Cascades Adaptive Management Area, which was a part of the Northwest Forest Plan (NWFP).