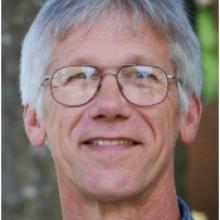 In this lengthy interview, Eric Forsman describes his career-long trajectory studying owls and other wildlife that strongly influenced federal forest policy and management. He outlines his growing up years with brothers exploring forests and wetlands along the Willamette River in the Eugene-Springfield area, his early attraction to owls in high school, and how key “adult bird folks” fueled his interests in natural history. Family members were farmers, loggers, and carpenters; and he mentions early exposure to National Forest lands on family camping trips in the Cascades.

Forsman goes on to describe his formal education at Lane Community College and Oregon State University with a 2-year interruption for Army service in Germany, and a parallel education in the forest as he watched rapid cutting of old forest while working on the Blue River Ranger District in 1967-1969. He mentions influential experiences, such as reading Aldo Leopold and a personal encounter with a northern spotted owl in the Cascades, both of which shaped his thinking and his future. He identifies several mentors who guided his development and extended periods of field work are explained in terms of research objectives and methods. He speaks about the early recognition of the decline of spotted owl populations and its implications for forestry, and how the early logging in the Andrews Experimental Forest made it a good research site for his purposes.

Next, Forsman recollects how 1980 was a pivotal year for him; he completed his PhD, got married, and began several years of a succession of short-term jobs, although he and his mentors tried to get agencies to adopt plans to attend to the declining spotted owl populations. He discusses science-management-policy interactions, more personal matters like his pet spotted owl Fat Broad, and differences between spotted owls and marbled murrelets as focal points for conservation measures. Other topics include the cascade of lawsuits about spotted owls underway and the continuing high rate of cutting of old forest.

He goes into his participation in the succession of processes for science input to policy makers and Judge Dwyer, beginning with the Interagency Scientific Committee on the Northern Spotted Owl through the Forest Ecosystem Management Assessment Team. Topics include efforts to develop a conservation plan, dealing with co-workers, the leadership of Jack Ward Thomas, and the 1999 Forest Service Monitoring Plan. He speaks about how the spotted owl scientists “kept their blinders on” and did not factor in the barred owl, which was beginning to displace spotted owls, and he gives impressions as he watches spotted owl probably going extinct.

Forsman concludes with extensive comments on the successes and shortcomings of the Northwest Forest Plan and his impressions of key colleagues through the many science and input-to-management processes. He comments on the remarkable confluence of circumstances that made the big policy changes possible.

Eric Forsman grew up playing with five brothers in the forests and backwaters along the Willamette River near Springfield, Oregon. Several family members were involved in the forest products industry and in home construction, giving him familiarity with the commercial side of forests. While in high school, those childhood ramblings gave him contact with great horned owls and other birds, and an excursion with a Lane Community College instructor to band a bird included being dive-bombed by an angry mother owl – one of his many physical encounters in the bird world. He first exchanged calls with a northern spotted owl in the Willamette National Forest in 1969 at a time when only 28 sightings had been reported. A trip with a wildlife biologist colleague to Andrews Forest to view a spotted owl bathing in Watershed 2 stream in the Andrews Forest began a career with that species, which was the subject of his formal research beginning in 1972 for degrees in Fisheries and Wildlife at OSU and for much of his research as a Forest Service Wildlife Biologist. Among his key discoveries were the affinity of spotted owls for old-forest habitat and the large size of their large home ranges. Forsman participated in all major processes of input of spotted owl science to policy processes, but was happy to not be the point person in political matters, leaving that to people like Jack Ward Thomas. In FEMAT Forsman was a member of the Terrestrial Ecology Group. The arc of his spotted owl career passed through the thrill of early discoveries about this little-known creature, realizing its rapid decline and loss of habitat, gaining a sense that conservation measures he helped develop might make a difference, to realizing that northern spotted owls may go extinct in his own lifetime.