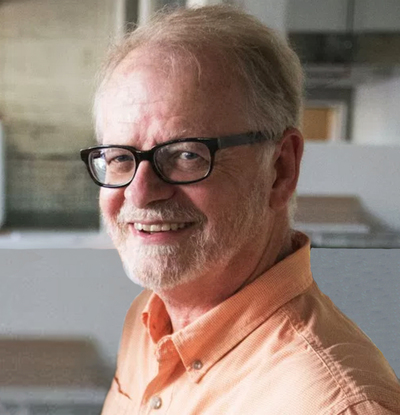 Bob Hicks begins by introducing himself and talks about moving to Oregon, where he worked, and how he got involved with Milagro. He mentions the impact Milagro has had on the mainstream theater scene in Portland by being able to bypass translation and produce plays in their original language. He touches on the difference between mainstream plays and Milagro, focusing on the music and sound of language found in Milagro’s productions and the lack of filter between the audience and the play. Bob goes on to talk about one of his favorite Milagro productions and how Milagro has shed light on alternative cultures in Portland, especially those of the Latino/Hispanic communities. He remarks on the way Milagro has shaped the neighborhood and community identity in Portland. He continues by talking about the effect Milagro has had on theatre, from humble beginnings to a professional theatre company. Bob then talks about Milagro’s role in people's lives and the essence of how Milagro can be both a professional theater company and a community theater. Bob comments on the future of Milagro and the company search for new artistic director. Toward the end of the interview, he talks about what Milagro means to him, saying that miracles ‘milagros’ come from determination and planning. Final words include talking about the arts world and the egos found in the arts world and how Milagro is unlike many because of its generosity.

Bob Hicks is a cultural journalist in Portland, OR. He has written about both art and culture in Portland since 1978. He worked as a movie critic for The Oregon Journal and wrote in The Oregonian for 25 years. He has followed Milagro from the beginning of its creation. After leaving The Oregonian in 2007, Bob freelanced exclusively. He currently runs a blog and writes the popular daily art-history series “Today I Am” on Facebook.