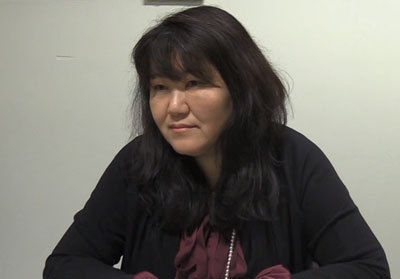 Emi Sumida-Brown was born in Hiroshima, Japan, years after the atomic bombing in 1954. Growing up, she had an exciting and fun childhood. Her family valued education and hoped younger generations would attend school. Sumida-Brown remembers the traditional events her community would put on, such as the Bon Dance and Fall Festival, and her grandmother would make grand, delicious meals for each occasion.

The aftermath of the bombing left Hiroshima in a state of poor infrastructure. Sumida-Brown’s childhood consisted of watching her hometown being reconstructed and constantly seeing activists of world peace downtown. Growing up in this environment led Sumida-Brown to explore her passion for addressing violence and becoming a part of a leadership team that addressed different political policies. More specifically, she wanted to address violence within countries, especially with the use of nuclear weapons.

Following her high school graduation, she wanted to attend school to become a Japanese diplomat. Because she had little guidance on how to become one, she liked idea of moving to the United States to learn English and receive an education. Life in the United States was very different than life in Japan; the transition into a new culture was a difficult one for Suminda-Brown. She had trouble finding her social circle but eventually became friends with other students in the English as a Second Language Program (ESL). She had joined this program shortly after moving to the United States and continued during her attendance at Western Illinois University. At Brigham Young University, she earned a Bachelors in International Relations, in pursuit of her dream of becoming a diplomat. She moved back to Japan after her graduation and worked in the business field. While business was interesting to her, she realized that it was not necessarily her passion, so she decided to move back to the United States and pursue a second Bachelor’s in Psychology.

She had two significant mentors throughout her academic career. The first was an undergraduate psychology professor who hired her in his research laboratory and the second was her advisor in her Ph. D program at the Utah State University. Her first mentor encouraged her to apply to graduate programs to pursue her interest in psychology. At Utah State University, she was in a combined program in Clinical Counseling in the School of Psychology. She completed a Pre-Doctoral Internship at the University of California San Diego and her Postdoctoral Fellowship at the University of Southern California.

At Oregon State University, Sumida-Brown was offered a job as a counselor at CAPS. Within CAPS, she currently works as a group coordinator where her main job is to plan and advertise new groups within CAPS. A significant project she works on is the annual World Mental Health Day. The ultimate goal of this day is to reduce the stigma surrounding mental health. She is also a part of an interest group for the University Counseling Centers Staff and attends the American Group Psychotherapy Association conference during the year. She would like to continue expanding the group therapy program at CAPS, while making sure to target specific populations such as Greek Life, international students, and transfer students.

Sumida-Brown’s plan for the future is to share her experiences in Japan now that she has established her work here in the United States. She would like to share her academic and professional experiences as a counselor in psychological services. She believes that in Japan, there is a lot of opportunity to improve mental health education.