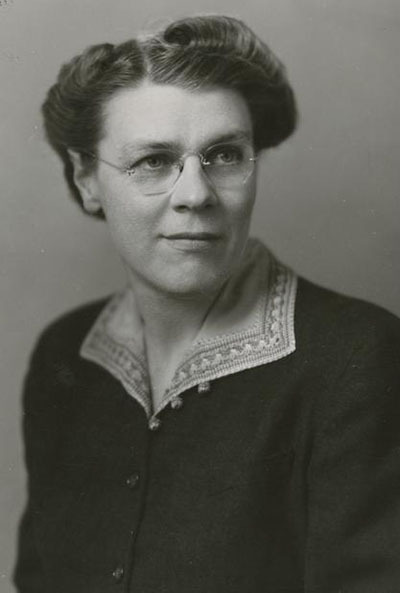 Clara Storvick was born on October 31, 1906 in Emmons, Minnesota. After moving around with her family a few times, she eventually graduated from high school in Alberta Lea, Minnesota in 1925. Storvick then earned a bachelor’s degree in biology from St. Olaf College in Northfield, Minnesota in 1929 and subsequently began graduate studies at Iowa State. She took a break to teach chemistry at Augustana Academy in Canton, South Dakota from 1930 to 1932, before resuming work at Iowa State and completing her master’s degree in 1933.

From 1934 to 1936, Storvick served as a nutritionist with the Federal Emergency Relief Administration in Minnesota. She then accepted a position as assistant professor of nutrition at Oklahoma State University from 1936 to 1938. At the conclusion of that time period, she went to Cornell University to pursue a Ph.D. in nutrition. She finished her doctorate in 1941.

Storvick's first academic position following the conclusion of her Cornell studies was as an assistant professor of nutrition at the University of Washington. In Seattle from 1941-1945, then moved to a different faculty position at Oregon State College. Hired as an assistant professor of nutrition, Storvick later became head of Home Economics Research at OSC. In this capacity, Storvick led projects involving dental caries, Vitamin B6, elephant milk, and Vitamin B1. For her efforts, she was awarded the Borden Medal by the American Home Economics Association and was later appointed as chair of Home Economics Research at the OSU Experiment Station. Storvick also received the Distinguished Alumni award from St. Olaf College in 1955 and, a year later, an Alumni Achievement award from Iowa State.