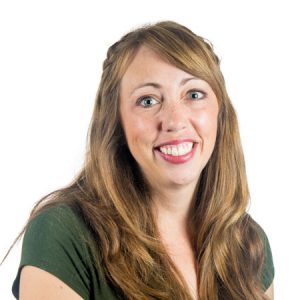 Heather Rodgers was born in Klamath Falls, Oregon where she was raised with her two siblings - one younger brother and one younger sister - and her two parents. Around the age of thirteen, Heather and her family moved to Corvallis, Oregon as her father began to pursue a career in veterinary medicine. Rodgers attended the rest of middle school and high school in Corvallis, a place that she refers to as her "boomerang town," as it always seemed to be the city that she moved back to and the one that she regards as home.

After graduating from high school, Rodgers did not immediately want to attend college as she feared accumulating too much debt. Her parents had other plans though, and encouraged her to apply to Linn Benton Community College, in Albany, Oregon.  Rodgers attended Linn Benton for two years, focusing on coursework in Public Health. Her interest in this field was sparked by a professor that she knew from church and greatly admired. Rodgers then transferred to Oregon State University to continue to pursue a bachelor's degree in Public Health. During her college years, Rodgers took advantage of numerous opportunities to travel abroad and experience other countries including Hungary, Mexico, Peru, and Israel. She realized from these trips that there is a great lack of education and resources in many of these countries and she hoped to one day to use her training to help work with a church to promote disease prevention.

After graduating from OSU, Rodgers moved to Lakeview, Oregon to be with her sister and mother after her father passed away from cancer. She finished her Public Health internship with OSU in Lakeview as a Physical Therapy Aide. She then went on to work in administration at a medical clinic. It was during this period that she realized she did not want to use her Public Health degree in the medical field. She chose instead to return to Corvallis to begin studies in the School of Ministry at Calvary Chapel Corvallis Church.

Upon graduation from the School of Ministry, Heather applied for a position as a cook at a Christian girls' house, Charis, that was run by Calvary. Heather was offered this position and began a career at Charis that, at the time of this interview, had spanned fourteen years. After a period as cook, Heather transitioned into the Director position at the House of Charis and has since been helping mentor the women that live in the house. Heather also helps run some of the women's ministry at Calvary Chapel Corvallis.