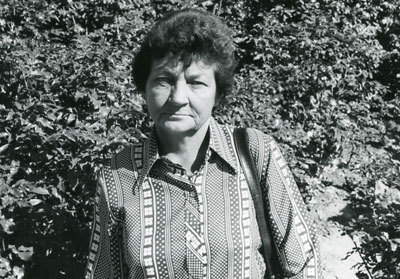 Margaret Jean Milliken was born in Oregon City, Oregon in August 1920. She grew up with an older brother, Wesley, in a Baptist household while her parents owned a grocery business. The store helped them financially through the Depression, allowing Milliken to become involved with music and sports activities. From an early age, Milliken loved the idea of teaching and began her higher education by attending Linfield College in McMinnville, Oregon. After two years, she transferred to Oregon State College to study in OSC's physical education program, joining Pi Beta Phi sorority in the process. During her years of attendance, the institution became mostly female due to the outbreak of the Second World War. Several of her male colleagues were drafted and, in 1944, Milliken's brother was killed in an air battle.

Following her graduation from OSC, Milliken began her student teaching at Corvallis High School, then moved to Coos Bay, Oregon to become a P.E. teacher. She then returned to Oregon State to study for her master's degree in Guidance and Counseling, which she completed in 1947. Shortly thereafter, Milliken joined the OSC faculty as an Associate Professor in the Department of Resource Recreation Management. During her time as an OSC faculty member, Milliken - a life-long lover of camping - co-founded the Outdoor School Program. Named OSU's Teacher of the Year in 1964, Milliken retired from Oregon State in 1977.

Milliken never married and passed away on October 29th, 1998. She is remembered by many as the “Mother of Outdoor Education” at Oregon State University.