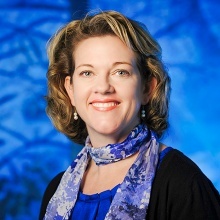 She was born and raised in Maui, Hawaii where she grew her curiosity about the development of individuals and how different factors influenced their academic and overall life success. Her family was very academically oriented and college was never posed as a question. This was not the case for her cousins and many of the native Hawaiians whom she watched struggle in school and often fall into substance abuse. In order to further pursue her interests she followed in the footsteps of her famous great uncle, psychologist David McClelland, and attended the University of California-Irvine to study psychology. She eventually gravitated toward the field of developmental psychology and earned her masters and doctorate degrees at Loyola University in Chicago.

From there McClelland was offered a faculty position at Oregon State University where she continued to conduct research on social learning skills such as self-regulation, working memory, and attention. She helped to develop Head-Toes-Knees-Shoulders, which is a measure that assesses self-regulation within children. This measure is now adapted in 28 languages and is used all over the world in school readiness research projects. She has also helped to develop an intervention program that assists children in improving the skills that are assessed on the HTKS measure, all with a goal of boosting their school readiness and their likelihood of academic success later on.