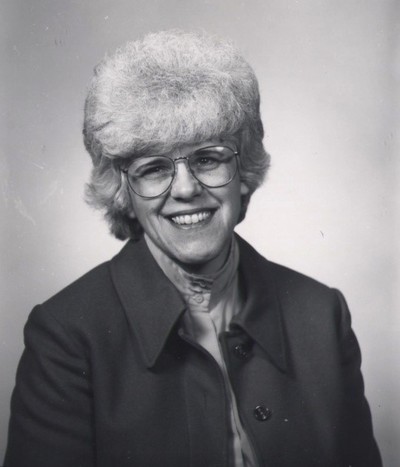 Zoe Ann Holmes was born in 1942 in a small college town in southeast Kansas, the middle child of five. From an early age, Holmes was always interested in science, and her father pushed her to pursue her scientific interests. She decided to become a food scientist and earned both bachelor’s (1964) and master’s (1965) degrees from Kansas State University.

Not long after, Holmes accepted a position as Instructor and Assistant Professor of Nutrition and Food Management at Oregon State University. After four years in Corvallis, Holmes headed east to pursue her Ph.D at the University of Tennessee, where she worked on several food-related projects, including studies of the pre-rigor pressurization of meat and the “sugar end” epidemic afflicting potato farms across the Pacific Northwest. After completing her Ph.D. in 1972, Holmes became an Assistant Professor at the University of Texas, remaining there until 1974 when she moved back to join the Oregon State University faculty once more.

At OSU, Holmes engaged in numerous activities including the creation of a computer lab that was accessible to the entire student body. Holmes also became the first teacher to use and the initiate Blackboard software suite at OSU and was likewise responsible for developing a website called “The Food Resource,” which she used to aggregate food-related references for her students. In 1991, Holmes also became the third woman ever elected as OSU Faculty Senate President. She retired from Oregon State in 2002.