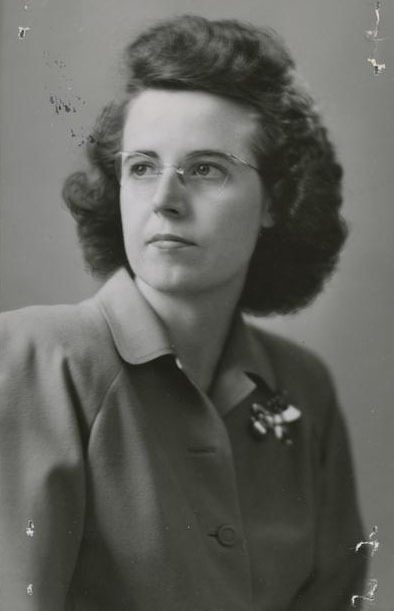 Betty Hawthorne was born in Seattle Washington on November 20, 1920. She spent the first seven years of her life moving back and forth between Seattle and Kobe, Japan where she learned to speak both English and Japanese. She went to the University of Washington to study for a bachelor's degree in Chemistry and graduated in 1941. She then stayed at UW to pursue a master's in Nutrition Education, which she completed in 1944. Her master's thesis was titled "Vitamin C Metabolism in Three Human Subjects."

For the remainder of the war years, Hawthorne worked for the Red Cross and as a nutritionist for the state of Washington. Soon after, she applied and went into the Naval Reserve, serving until August 1946. She then joined the School of Home Economics at Oregon State College.

While on faculty at Oregon State, Hawthorne earned her Ph.D. from Michigan State University in 1954, majoring in Nutrition and double-minoring in Physiology and Chemistry. In 1965 she was promoted to Dean of Home Economics at OSU and remained in this position until her retirement from OSU in 1983. During her tenure as dean, she also served on the board of Curtice-Burns, a food processing company, and also the Pacific Power and Light Company Board. She was the first woman to occupy a seat on either board.