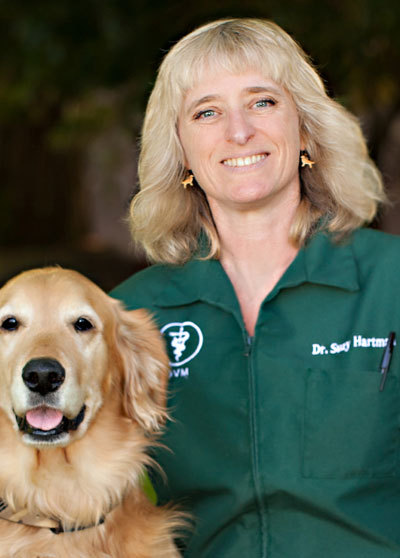 In 1962, Suzanne C. Hartman was born in Chicago, Illinois and in 1965 moved to a farm in Azalea Oregon with her family. She remained in Azalea as she went to high school in Glendale Oregon and graduated as Valedictorian in 1979.

Hartman moved to Corvallis to attend Oregon State University where she had aspirations of becoming a veterinarian. She finished her undergraduate program in three years and was accepted into the veterinary school at OSU where she eventually earned her Doctorate of Veterinary Medicine.

She then moved to Graham, Washington to work at her first job as a large and small animal veterinarian. At this first job, Hartman was able to determine what she considered good and bad medical practices and eventually left. She moved to Estacada, Oregon where she attained a new job with better veterinary practices and more standard hours.

In Estacada, she joined the dive rescue team at the fire department and became a volunteer firefighter. While in Estacada, she began a relationship with Dan Hartman, whom she had known from high school. During this time she focused her attention away from work and decided to have a family.

She had her first child in 1998 and her second in 1999. Soon after, in 2000, Hartman and her husband decided to move away from the city and start a life on a small farm in Oakland, Oregon to be able to raise their children similarly to how they grew up. Hartman  began to pursue her veterinary practice again in Roseburg, Oregon, where she currently works several days a week. In her off time she enjoys spending time with her family, traveling, growing her garden, fishing, and making the most of life.