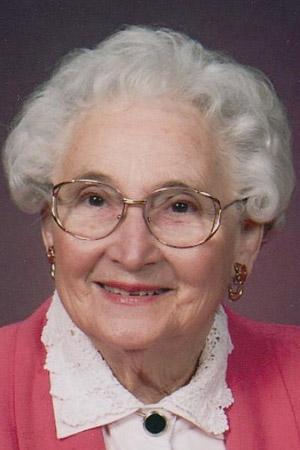 Helen Nadine Epley was born on December 6, 1923 with three other siblings in Nora, Nebraska. She grew up in on her family’s farm near Nora, a community so small that she and her three siblings made up half of her school's student body from first to eighth grade. When she a young teenager, Helen's family had to sell their farm and move to Camas, Washington, leaving a week before devestating dust storms hit her town.

In high school, Helen did well academically, joined several clubs and worked for a local newspaper. However, also during this time, her father passed away, which compelled everyone else in the family to work in order to support one another. Hansen met Eugene (Gene) Hansen around 1941 and the couple dated for a short time before he was commissioned to serve in the military. He originally planned to serve for one year, but after the attack on Pearl Harbor, Helen did not see Gene again until his discharge in 1945. During his years of service, Helen continued to work for the newspaper where she wrote obituaries for those who died in the war. She also worked for the Red Cross during the war years. She and Gene were married in 1945.

Gene was subsequently offered an athletic scholarship to play football at Oregon State College. He moved to Corvallis in the fall of 1945 and Helen joined him on New Year’s Day, 1946. The couple originally planned to stay in Corvallis for four years but wound up spending the rest of their lives in the community. Helen gave birth to two children while Gene attended OSC. Gene later started a life insurance business, with Helen's assistance.

After raising two more children, the Hansens turned their attentions towards community involvement. In 1979, Helen received the First Citizen Award in Corvallis in recognition of her community service efforts. A charter member of Altrusa - a classified service club for women - Helen was also a Sunday school teacher, and a den mother for Cub Scouts. Because of her and Gene’s avid volunteer work in support of Corvallis youth sports, the Taylor Field stands at Corvallis High School was renamed Hansen Stadium in 2001. Helen also won the Corvallis Senior First Citizen in 2002 and the Oregon State University Athletics Martin Chaves Lifetime Achievement Award in 2010.