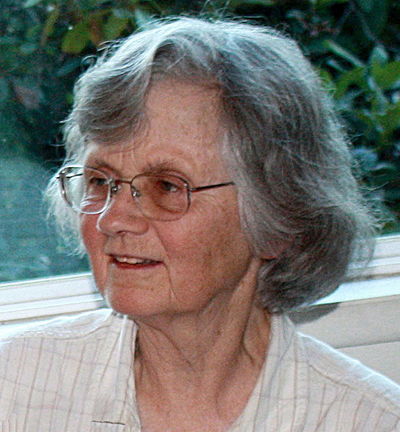 Roberta Hall was born in 1939 in Fort Wayne, Indiana, where her father’s family owned a flour milling business. At North Side High School, Hall immersed herself in journalism and graduated as salutatorian. She attended Duke University in North Carolina for a year, but after feeling like she didn’t fit in, she moved back to Indiana. Once enrolled at Indiana University, she studied journalism for two years while working on The Indiana Daily Student and in the journalism library on Saturdays.

Roberta and her new husband, Don Hall, then moved to Rock Springs, Wyoming, where Don served as the night editor on a daily newspaper for three years and where they had two daughters. As Hall finished her bachelor’s degree, she became interested in Anthropology classes. They moved back to Indiana where Don worked on a masters degree in Journalism, and then moved to Illinois for two years while Hall worked as a librarian at a hospital school of nursing and Don served as editor of a feature magazine. The Hall family then settled in Oregon, basing themselves in Salem, where Don worked at The Capital Journal newspaper. Roberta went to the University of Oregon, earning a Ph.D in Anthropology. During their time in Salem, Roberta led a research project with a new immigrant community of Russian Old Believers.

After completing her Ph.D., Hall found work in Victoria, British Colombia as a biological anthropologist at the University of Victoria. She and her family remained there for four years until her husband, who did not find a full-time job as an American immigrant, found employment in Corvallis, Oregon. Roberta moved to Corvallis four months later, and soon joined the Anthropology faculty at Oregon State University.

One of the most well-known projects that Roberta participated in during her years at OSU involved a study with the Coquille tribe through archaeological investigations and oral histories. Hall retired from OSU in 2003. She began working with a local organization, Mid-Valley Health Care Advocates, on establishing a universal system of healthcare, and for seven years hosted a healthcare forum radio show in Portland.