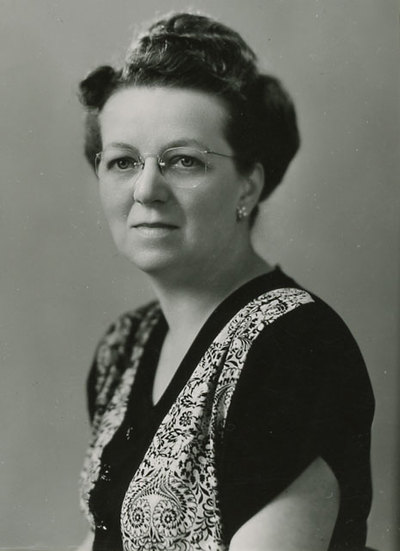 Laura Cleaveland was born on May 30, 1905 on a farm east of Prophetstown, Illinois. She began her undergraduate work in home economics education at Iowa State College but was forced to drop out after her sophomore year because she could not pay her tuition. She worked as a teacher for three years in order to earn the money to return to college and ultimately graduated in 1930. She immediately found a job as a high school teacher despite the onset of the Great Depression, and taught classes in clothing, food, and homemaking for ten years.

Cleaveland then went on to study for her master’s degree in innovations management at Oregon State College, working at the Memorial Union during this time. Her master’s thesis was titled “Comparative Study of Wholesale Prices of Certain Dormitory Food Products with the National Commodity Price Trends.”

From there, Cleaveland accepted a position in dining services at the University of Idaho, remaining there until 1946 when she was offered a job at OSU. She returned to Corvallis as an assistant professor and food service manager, working in a recently built Quonset hut cafeteria. Initially, one of her duties was to teach a class called “Purchasing for Institutions.”

Cleaveland passed away in Corvallis on September 19, 1990.