The State Agricultural College Association of Citizens of Benton County incorporated on February 5 for the purpose of acquiring the funds required to provide for a new college building to be constructed on the college farm.

Passage of Senate Bill 135 provided that: "Students are to be selected by the county school superintendents on the recommendations of state senators and representatives. One-third of the number may be women."

Following passage of Senate Bill 135, the State of Oregon assumed complete control of Corvallis College from the Methodist Episcopal Church, South, on February 11. Management of the college and the college farm assigned to a nine member Board of Regents appointed by the governor. S.B. 135 was sponsored by state senator Thomas Cauthorn.

Benjamin Collins became one of the first Native American graduates of Oregon State. He was affiliated with the Confederated Tribes of Siletz. His brother, James, graduated in 1888 and was an educator in Oregon for much of his career.

Federal Hatch Act, which provided for the establishment of agricultural experiment stations, approved on March 2. The Oregon Agricultural Experiment Station began research activities in 1888 and was formally established in 1889; Edgar E. Grimm served as its first director (1889-1890).

Lawsuit filed by Methodist Episcopal Church, South, seeking unification of Corvallis College and the State Agricultural College of Oregon. (This suit continued for five years and was finally settled in favor of the State of Oregon).

On July 2, Governor Pennoyer accepted the new Administration Building (now Benton Hall) and property for the state as a gift of the citizens of Corvallis and Benton County. Cost: $25,000. The first classes were held in the building in the fall.

Board of Regents accepted provisions of the Hatch Act and authorized the appointment of a chemist, botanist, horticulturist, and professor of household economy and hygiene on July 2.

In October, the Oregon Agricultural Experiment Station issued its first bulletin, written by Edgar Grimm. The bulletin was based on research and directed toward providing advice and information to farmers, orchardists, stockraisers, and poultrymen.

Length of class periods regulated by the manual operation of a large triangle.

Farmers' Institutes began – the first being held in Corvallis on November 15 and 16. Institutes continued in the spring of 1889, held at Salem, Roseburg, and Hillsboro. Farmers' Institutes were the foundation for the Oregon Extension Service (begun in 1911), reaching out beyond the confines of the campus to spread research and academic knowledge to Oregonians, especially rural Oregon.

Name of institution – State Agricultural College of the State of Oregon.

College completed move from the 5th Street location to the new campus.

Alpha Hall (dormitory) constructed; later used by the School of Pharmacy and moved off campus in 1922. Mechanical Hall built.

Margaret Comstock Snell, M.D., appointed the first professor of Household Economy and Hygiene – the first department and position of their kind in the Far West. (The college was the fourth land grant institution in the country to introduce home economics, preceded only by Iowa State College, Kansas State College, and the University of Illinois).

A barn, known as the "octoganal barn," was constructed. It served as the college's primary barn until 1908.

First social societies established along literary lines – the Dialectic Society and the Hesperian Society. (These two social societies were replaced in 1892 by the Websterians and the Ciceronians for more efficiency.) 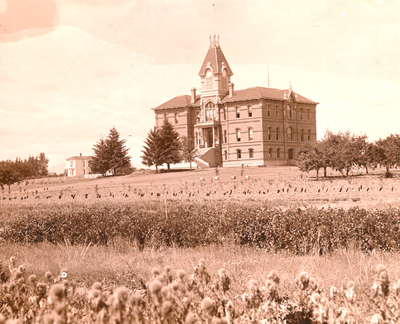 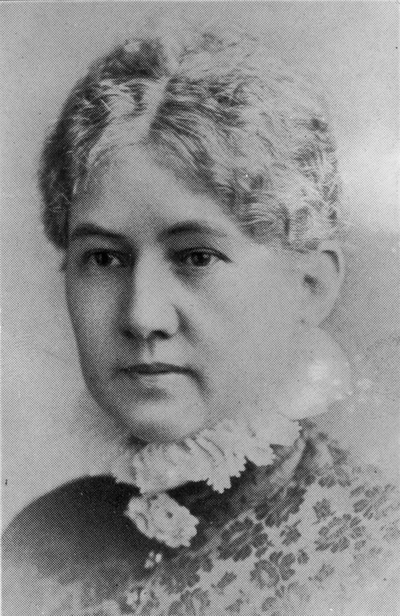 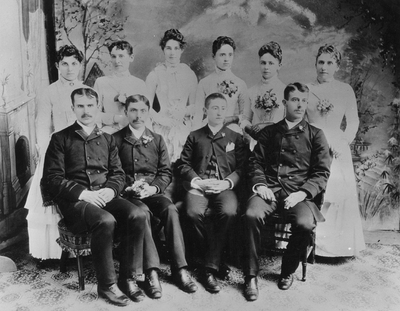 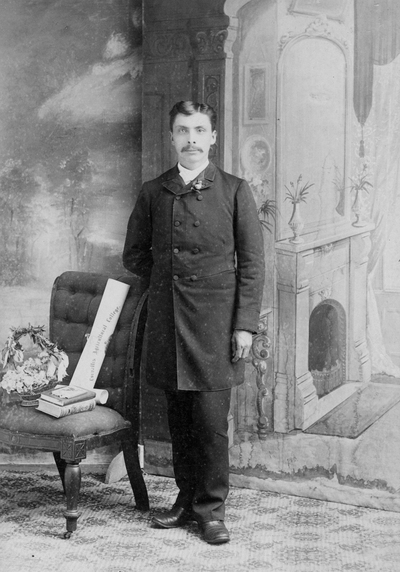 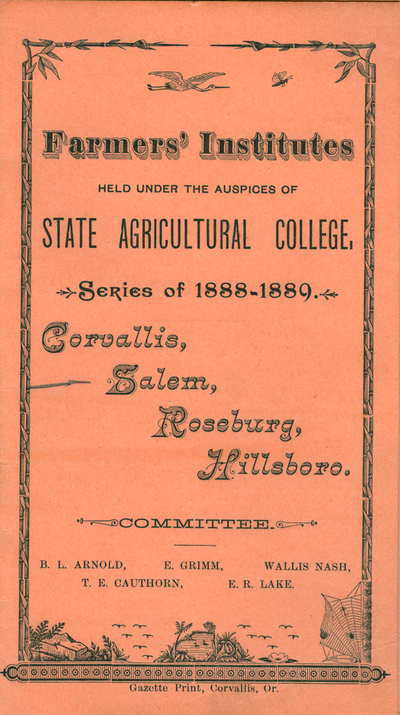 Cover of the Farmers' Institute Program, 1888 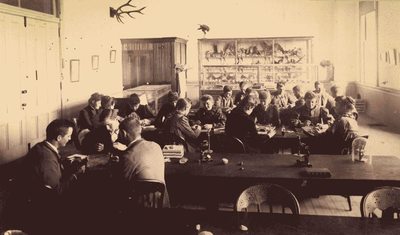 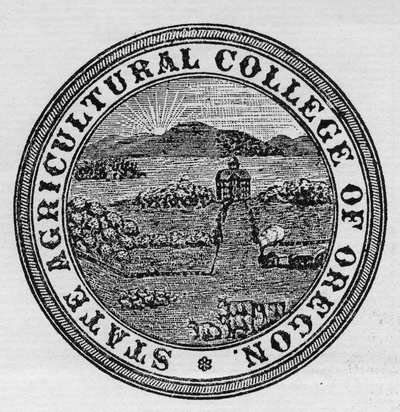 Seal of the State Agricultural College of Oregon 1889