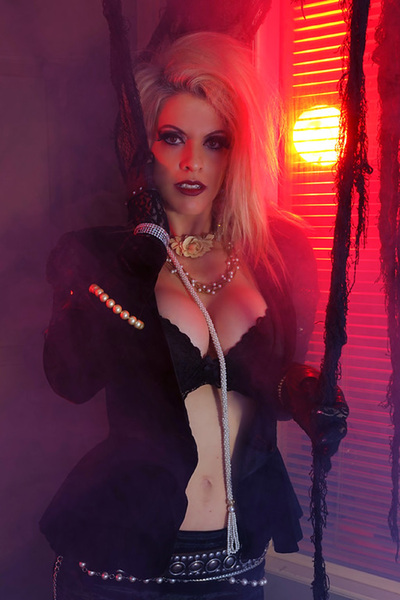 Natasha Riot was born in Mountain View, California, and grew up in Willits, California, in Mendocino County. She lived and performed in the San Francisco Bay Area until the cost of living became too expensive.

Natasha has been a performer since age 3 when her mother put her into gymnastics and dance classes. Growing up, she studied tap, jazz, ballet, belly dancing, Flamenco, and West African dance. She took dance classes all through school and into community college, often traveling into San Francisco to study with teachers there.

By 2004, Natasha owned a dance school and continued to expand her own skills. She was hired to dance in a festival in West Virginia and developed a 45-minute act that used all her theatre and dance training. With that act, and variations of it, she began to be hired for parties and at different venues.

Notably, she was hired to perform in a show that was being emceed by Jim Sweeney from the Hubba Hubba Revue in San Francisco; Sweeney subsequently hired her to be a regular performer. She still does their online stage management and travels to San Francisco from Portland to work with them.

She first discovered Portland, Oregon, when she was touring with a band; she moved there in 2016.