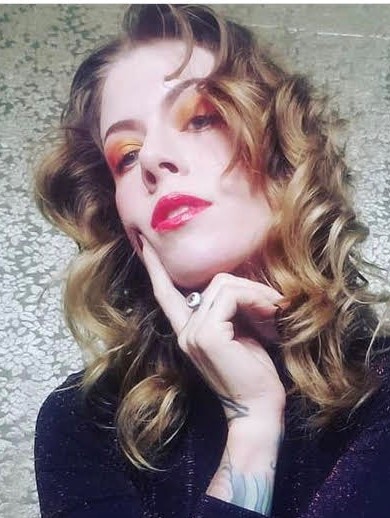 Rocket Queen grew up in Texas and Michigan, and moved to Oregon at age 20. In high school, she was always involved in theater, choir, and the arts. She went on to earn her college degree in fine arts. After moving to Portland, Rocket Queen took a pole dancing class for fun around 2005. This launched her club stripping career at the Devil’s Point club. At Dante’s Inferno club, she started Go-Go dancing in the weekly show, Sinferno Cabaret, one of the longest-running weekly shows on the West Coast, starting in 1954. There, Rocket started doing feature sets, which she’s done for over a decade now.